What is calibration and how does it affect the image?

Definition of calibration is simple: it is a process of adjusting the image to its paradigm from displays used in film studios. As a result, we acquire a picture just the way the director saw it. For example, we can see “Star Wars” exactly the way George Lucas saw it.

It is crucial as the very same film is displayed differently by two non-calibrated TVs. On the other hand, a faithfull reproduction provides proper climate and pulls you into the plot. 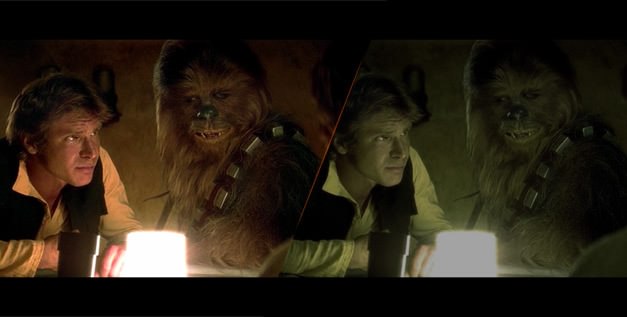 Do we need to calibrate display separately for each film?

— No. The same calibration fits all movies and programs, as image standards apply globally. Every artist has his or hers individual style that will be presented truthfully by a calibrated device. ‘Matrix’ movie is a good example. Originally, it looks ‘greenish’ and so it will be displayed by a calibrated TV or projector. Except for such examples, films tend to present natural skin tones, visible details in black as well as natural smoothness and sharpness of a picture.

Let’s take a look how different are the pictures provided by TVs with standard settings: 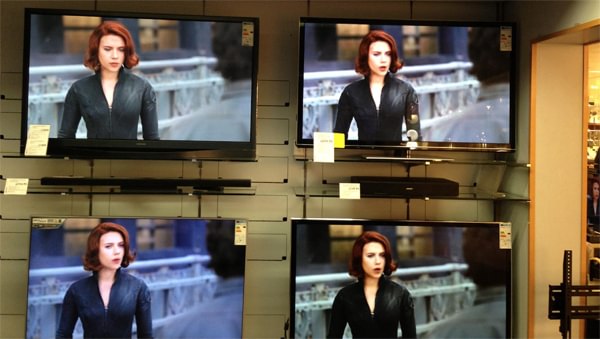 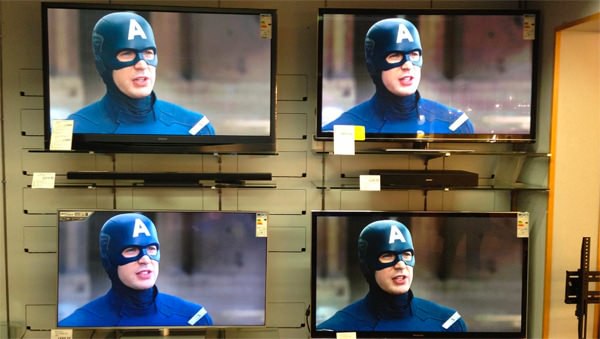 Take a look at the shelf of displays at the picture. We can see four different TVs, each showing a different image. Is there a way to be sure that our opinion on the movie is not biased by characteristics of the display? It is hard to tell whether individual settings of our TV influences the image or not. Calibration conducted with use of proper equipment can change our opinion about given TV, reducing many problematic issues such as supersaturated colors, unnatural skin tones, not visible details in black, problems with smoothness of the image or pixelisation in outlines. It is enough to take look how much switching from one ‘Image Type’ to the other can change.

Should all types of image be calibrated?

— In fact, setting different types of image stands in opposition to an idea of seeing what the director saw. They allow us to influence the image providing no answer for the fundamental question; how this movie was created? Usually just one type of choice is calibrated unless there is a need to calibrate some more (e.g. for UHD HDR content). You can find more about different calibration options in our .prize list. 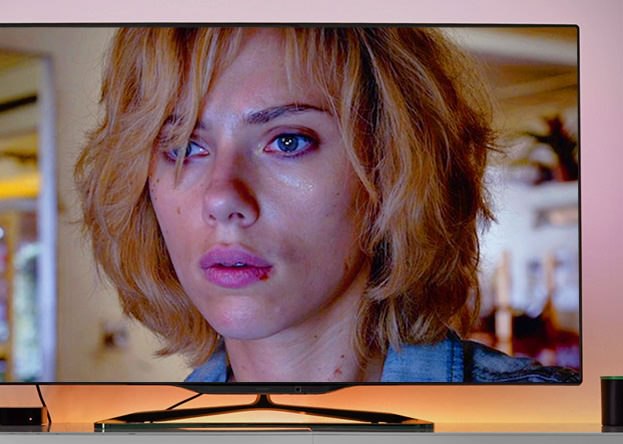 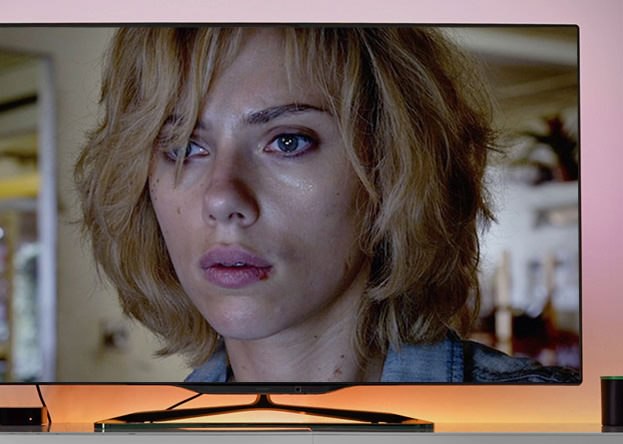 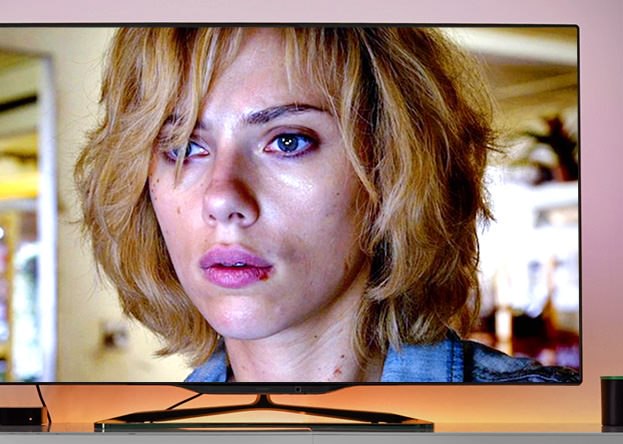 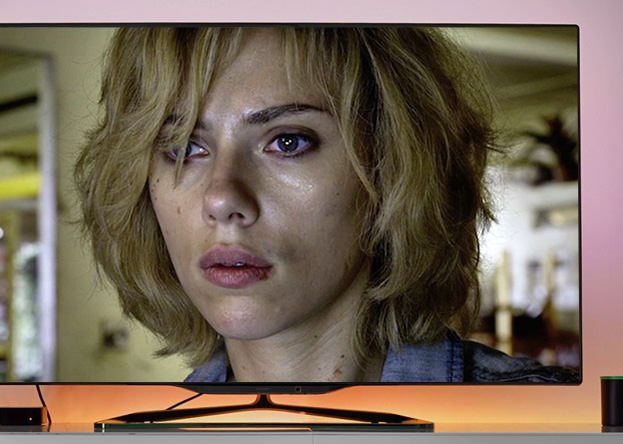 Video content is produced in professional film studios (we provide sevices for many of them). All screens used there display images in exactly the same way. It makes no difference whether the director chooses to work in Warsaw or in Cracow, in Poland or in Hollywood, or in Tokio. Anywhere he goes, he will see his movie the very same way and he will be able to make identical creative decisions. So, why that film may look different on your TV?

Do producers pre-calibrate their TV?

Aren’t all TVs in a given factory identical? Doesn’t the manufacturer calibrate them once they are assembled? And why is it so?

– The Answer to all these questions is simpler than it may seem.

Let us start with ascertainment that individual specimens within very same model of a display can differ significantly. On-line forums are full of photos showing a few TVs of a same model with visible diverisities between them, such as various spots or non- identical brightness. There is no point in insisting that all displays are the same. The situation is even worse when it comes to projectors as the image they produce is later influenced by the screen and surrounding. Anyway, manufacturers produce displays to reproduce the image faithfully. Each TV goes with numerous image types among which at least one is designed to present the image with respect to established norms, or at least as close to them as it is possible in mass production. It would make no economical sense to calibrate each device individually due to relatively low ( considering the amount of TVs produced) interest in precise reproduction of colors as well as the time needed for the process. 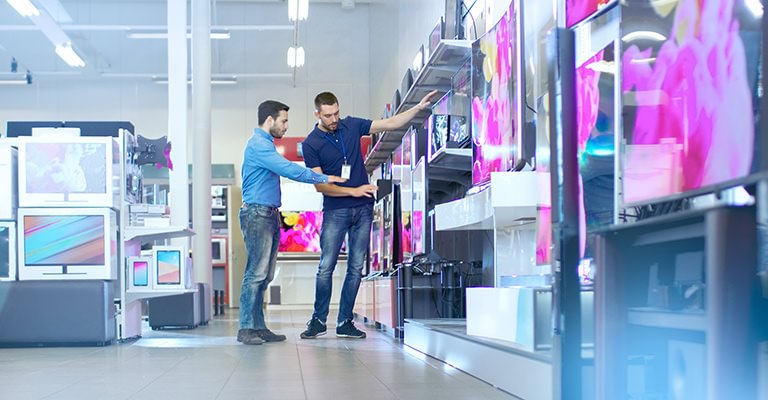 – Fact is, that the majority of customers tends to buy the TV that catches their eye first.

Unnatural, dense colors makes it possible for the display to stand out of the crowd in bright shop rooms. This tendency goes for all TVs, no matter the price bracket. Just take a look at any shop window.

Does my TV need calibration?

Will the effect be visible? Will it make a difference in everyday use?

— Experience suggests that the effect is considerable.No visible difference= no costs campaign turned out to be a huge success. Nevertheless, scale of changes depends on settings we are used to and how much they differ from film studios’ norms the screen will be calibrated to. Situation in which a customer would set optimally hundreds of settings by himself has never been the case. In fact, there is even no easy access to those settings. .

Below you can find an example of TV calibration performed on Sony XE9405 which underwent numerous test in our studio. Remember that this is a demonstrative video and the effect acquired on various specimens may differ. 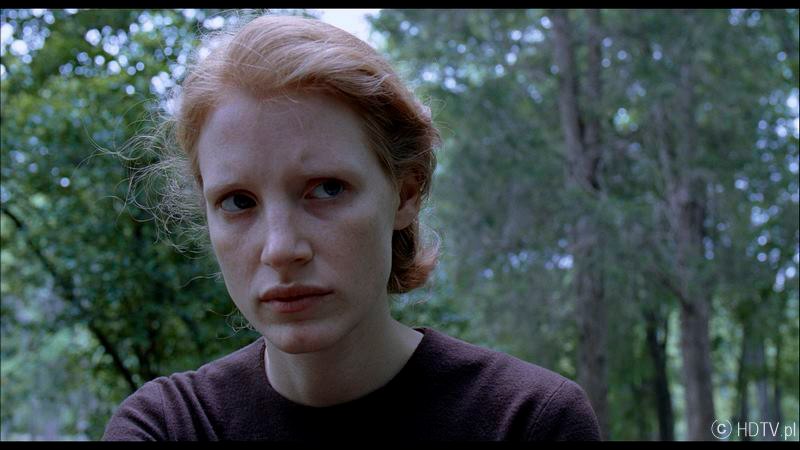 choose a frame from a film

How does Calibration proceed

For calibration to be successful, it must be performed on a specific specimen of a device, with respect to unique circumstances of the place it works in. Settings from one device cannot be copied to the other, even of same brand (if it was possible manufacturers would calibrate their TV during mass production).The process must be conducted with use of professional accessories. Quality of the equipment influences the effect of calibration.- You can find more about it in‘What makes us distinctive’. Typical calibration consist of connecting measuring devices and generators to your display and working on special software. Thanks to our proprietary solutions whole process takes from 50 to 90 minutes.

Can I calibrate the TV myself, or have it done by a dealer?

— Dealers tend to adjust the settings for the image to ‘look good’, sometimes they use test boards, . Such practice bases on personal opinion about the image and cannot be called calibration, even if the dealer says so. . To calibrate a device one needs both expensive hardware and extensive knowledge that should be proved by certificates. It is reasonable to check opinions about the contractor and take a look at his portfolio.

Those who want to find out more are encouraged to read an independent comparison of calibration services. 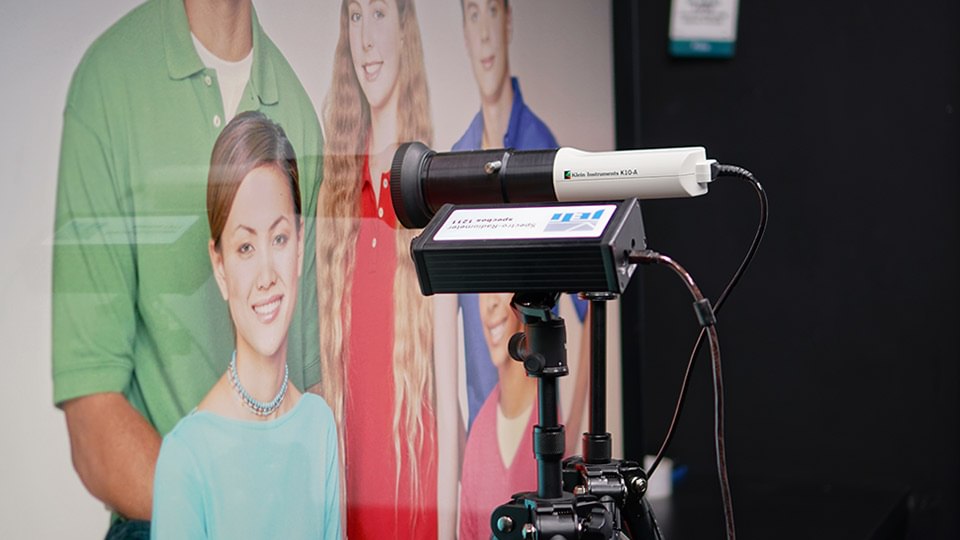